They Have Got You Covered: Things To Know About Covered California!

When making significant decisions about healthcare coverage, being fully informed and engaged is vital. Sadly, it’s easier said than done. Understanding jargon such as “deductible” and “premium” can be overwhelming for most Californians. Let those alone who speak English as a 2nd language, or juggle several jobs and have less time to find out about health insurance technicalities.

As per a report, only one in ten people in the U.S.A. have “a proficient level of health literacy.” In the meantime, the research found that in 2015 over 40% of Americans could not describe what a deductible is. 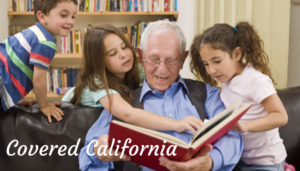 Things You Need To Know About Covered California!

As the 1st out of eleven states and the District of Columbia to set up a Marketplace of health insurance, California has modified the procedure of connecting people with insurance that’ll work for their requirements. Covered California is a significant portion of this success.

Lots of these are because of Covered California’s commitment to accessibility and transparency. It realizes the language barriers and time restraints that make the hunt for health insurance daunting. A way Covered California addresses this actuality is by offering a straightforward, clear, glossary that describes the headache-inducing jargon. Thus, you may figure out what you require and what you’re signing up for. You can visit our Instagram page to know more in this regard.

Additionally, by offering language options ranging from Arabic to Spanish to Korean (to name some), Covered California also makes it easier for overcoming language barriers which occasionally confuse the enrollment process.

Ease of use is important. As in California Obama care needs most U.S. citizens, permanent residents, and nationals to get the coverage that will meet minimum coverage needs. Of course, a common question while shopping for healthcare plans: what are the obtainable coverage levels, and their differences: Covered California breaks down the various options: